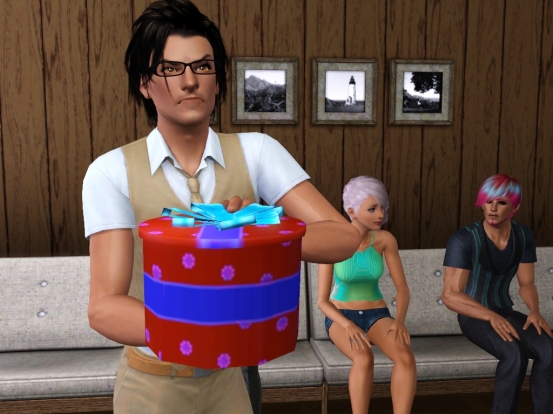 On July 5th 2015, my blog reached 100k views on its 3rd year anniversary. How juicy was that :p As promised, I planned to be a gift together for all you lovely peoples. According to the polls, mods and a build won. Right now I just have the mods done and have yet to start on the build, which the Night Club had won.

In this post is various mini tweaks that I made for personal use but will share with you all. I do have 2 other mods to add to the gift however I felt those 2 mods need their own separate posts since they do more than one thing. Those will be posted shortly after this one.

All mods were made with patch 1.63 and may work with higher patches.

Remember to delete the scriptcache when installing new mods.

I originally planned to upload this with a build but decided not to. Possibly later but I dunno. What this mod does is make the spa items that came with Sunlit Tides more useful ONLY if they are placed on a lot that is set as a Gym or a Pool. Sims will give and get massages more autonomously, they will use the sauna more autonomously. They will also use the hot tub more autonomously as well. Unfortunately I wasn’t able to get the mod to take with the foot massage chair. Sims’ energy and aliens’ brain power will also be increased when getting a massage, using the sauna and relaxing in the hot tub along with their hygiene. Just slightly and slowly.  Sims will use the spray tan booth more autonomously. Sims weight won’t change when using the sauna. I also cut the bathing time in half cause I felt it was too long. Sims get inpatient when wanting to use it :p  Mermaids and Plant sims can gain re-hydration in the hot tub and the sauna bath tub. The spa items are less autonomous on home lots or any other lot type. They tend to obsess over the spa items at home and reasons why I lowered. But this mod was intended to be used when you wanted a playable spa for fun or storytelling.

This mod will conflict with any mod that alters ITUNs and XMLs of the Massage Table, Sauna, Spray tan booth and Hot Tub 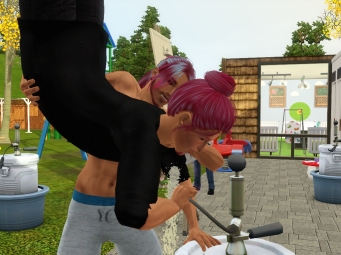 I wasn’t sure what to call this tuning but I adjusted a lot of items from Seasons and University Life. This mod makes bonfires last a lot longer. Sims will use the fire pit slightly more autonomously. Raking leaves is 10 times faster. Sims can play in leaf piles on com lots. I think it was dumb that they couldn’t -_- The keg has more servings so it won’t tap out quickly. Upgrading the keg doesn’t take a century to do so. Teens and pregnant sims can use the keg. (I don’t condone that but its the sims so whatever :p )

This mod will conflict any other mod that alters ITUNs and XMLs of the Keg, Fire pit, Bonfire pit and Leaf raking 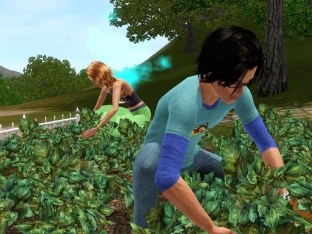 I often made huge auto gardens for stories but trying to maintain was a bit difficult. I felt tending to the garden took too long and I wish they were tend to their garden on their own. With this mod watering, weeding and harvesting is 10 times faster. Sims will autonomously attend to their garden, however Green Thumb sims and fairies will attend to gardens more. Fairies will have a 100% success bloom. Green Thumb sims will chat with plants autonomously like some weirdo.

This mod will conflict with any mod that alters the ITUNs and XMLs of:

It was cool when EA released the boardwalk set but pretty lame when sims didn’t actually use the roller coaster unless you forced them. I did see that the tunings were high if placed on a festival lot. Well I rarely make those type of lots. I increased the tunings on any type of lot and sims will make use of this thing. Also I set ride with autonomous so sims won’t ride alone cause that’s no fun. Ride with is slightly higher.

This mod will conflict with any mod that alters the ITUNs of the Roller coaster.

This is a simple tuning where sims will use the archery station more autonomously.

This mod makes painting on the easel and drafting a lot faster. Sims will  have a better chance of painting a masterpiece.

This mod with conflict with any mod that alters the ITUNs and XMLs of the Easel, Painting Skill and Drafting table

While playing in France I came to realize that making nectar took a century. So I made nectar making 10 times faster. This mod does work with Buzzler’s  Nectar Combinatorics mod. But it will conflict with any mod that alters the Nectar making XML.

No Autonomous Working Out

This mod disables autonomous working out with the stereo and TV. I found it annoying how I’ll be setting up a scene at a club or a wedding and some random sim decides its time to work out -_- However sims can still work out autonomously with the gym equipment. I also disabled kids from working out, they will not have that option. I just thought it was kinda silly of seeing kids do squats

Go outside and play to get your exercise little sillies!

This mod will conflict with any mod that alters the ITUNs of work out to TV and stereo.

Hahahaha…. I wasn’t sure what to call this but this is a simple tune where Kleptomaniac Sims can steal at any given time. 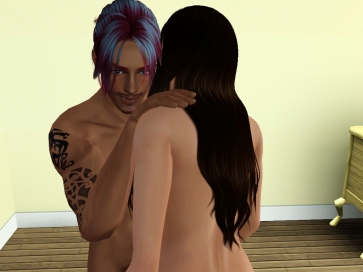 Ha! Sims can now autonomously send woohooty texts to their lovers for some late night sugar 😉