Cienna: Now grown up, Cienna is living the fabulous life of being a swimsuit and lingerie model and trying to work her way into becoming a runway model. Cienna’s modelling career began at the age of 15 after posting a selfie with Chloe on her Instagram account. She caught the eye of a popular designer who wanted her to be a model for her clothing line, Dos. After turning 18, she signed with the Simply Posh agency where she model for various swimsuit labels before moving onto lingerie. Cienna’s biggest accomplishment is becoming a model for Desire, the most popular underwear and lingerie line. Cienna is a big fan of Desire’s line and boasted how the Desire brand was the only underwear she would wear. In an interview, she mention how her first bra was from Desire and how she fell in love with the brand. She later received a call from the company, wanting Cienna to become one of their models.

Cienna later learns she was mainly asked to join Desire due to her Navox status. Chloe tried to convinced Cienna to decline because she would be used as a marketing tool, using her irresistibility to gain more consumers. They didn’t want her for her talent and appeal but for what she is. However Cienna ignored Chloe’s plea and signed on. Disappointed, Chloe tells her sister that she just signed her soul to the devil and won’t be taken seriously.

After 2 years working for Desire, Cienna got to meet the creator of her favorite makeup line, Abracadabra which is genie owned. Cienna always dreamed to be the face of Abracadabra but learns this could come true if she agrees to do one thing. The creator, Porscha points out the same thing as Chloe once did 2 years ago of Cienna being used as a marketing tool but also learns about the creator of Desire is a Navox who was booted out her own company. She explains how no genie should ever support their brand due to their treatment of genies. Although Cienna is the main face of Desire she gets paid 4 times less than the human models. Cienna was aware of being undercut but remain devoted to the brand.  Porscha would sign Cienna on if she agrees to drop Desire. Cienna wasn’t sure about dropping Desire but after much thought, Cienna decided to was time. However Cienna was told she signed a 10 year contract with Desire and could not break it without having to pay of hefty penalty fine of 50k. Cienna was unaware of the 10 year contract when she was told it would only be 3 years. Cienna feels trapped and is seeking legal advice.

Chloe: Chloe is the black sheep of her family and doesn’t mind being so. Chloe always had a love of fire which she set her mother’s house of fire when she was a child. Due to the losing the house to Chloe’s mishap, they relocated to Konani Tide and stayed at the family’s beach house mansion.

As a teen, Chloe got into music and wanted to get her first guitar. Chloe learns the owner of the music store is her father Travis Thorne, whom she hasn’t seen since she was a toddler. Naturally Chloe resented Travis when he attempted to bond with his daughters. Cienna was more willing than Chloe as she believed Travis is nothing but a deadbeat. Travis admits to being scared when Celsia told him that she was pregnant. The timing was poor due to his mother becoming ill. He returned to Konani Tide to care for his mother until she passed. Travis felt when his mother got sick, this would be his “out”. Travis admits to being a coward but it ready to do the right thing. Chloe reluctantly allows her father to help her pick out a guitar and teach her how to play.

After turning 18, Chloe cuts Travis from her life and attends school in Newbrey. Chloe returns to Konani Tide with a degree in communications. Chloe applies for a radio broadcast assistant at her favorite radio station, KTide 106.9. Shortly after landing the job, Chloe become a radio personality in a show called, Don’t Kill The Radio. Originally Chloe was used to poke fun at by the two host of the show. However listeners enjoyed her spunk and witty come backs where she soon gained a fan base. She was nicknamed, Clever Chloe and became the show’s third personality.

On Chloe’s birthday, Travis called the show to wish her a happy birthday which placed Chloe in an awkward position. Chloe haven’t spoken to Travis since turning 18. The call prompt to walk off the show during Travis’ call making things awkward for everyone. Celsia suggests Chloe should make nice with her father explaining nothing turns a decent man away quicker than a female with daddy issues. Chloe knows Celsia is right and should make nice with her father although he’s been trying to have a relationship. But Chloe has yet to do that.

During the show near Valentine’s, one of Chloe co-hosts announces that Chloe is single and ready to mingle, although Chloe isn’t looking. They set up a little contest for the best date for Chloe on Valentine’s. Chloe announces she is a Pan-sexual like most Navox genie, hinting females could joined too. The winner is a male from north of the island. Chloe and the winner was sent off to a romantic date at the Suvadiva Resort Island. Chloe enjoyed her trip but not her date as he was a bit pushy. Chloe locked him in a closet for half of the trip because he refused to behave like a human. Chloe returns telling her co-host, never again.

Chloe remains single and isn’t looking nor have the desire to do so. She calls herself a loveless love genie. She focus on her job and her all genie progressive rock band called, Element, which each member is from one of the 5 genie races. Chloe represents Love, although it’s not truly an element while her step-brother Miles represents Earth.

Unlike Chloe, Cienna is currently dating an inspiring rapper, club night DJ and music producer, Clayton Holbrook. Travis doesn’t approve on Cienna’s relationship with Clayton, telling her that he’s nothing but a womanizer. Cienna told her father that her relationship with Clayton is not big deal and how they only just have fun. Clayton is arm candy and they looked cute together on social media.

Clayton felt the same way as Cienna at first, their relationship wasn’t a big deal and it was for show. However Clayton is discovering he has feelings for Cienna and thinks they could have something real. Clayton has made several attempts to have a serious conversation with Cienna, only to be shut down. Cienna is aware of Clayton wanting to have a serious talk about their relationship but thinks he’s trying to break things off. Cienna believe if she could avoid the conversation, then he’ll see breaking up would be a bad idea.

One thought on “Where Are They Now? – The Montigo-Day Family Part 2” 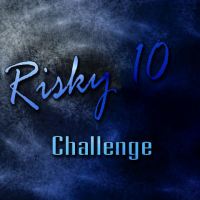