They have no idea of what I have in store for them. Zinnia, her husband and her clone sister Rosette were given a nice house to live in by Zinnia’s father. He was tired of their foolishness by having wild house parties, dancing naked on the tables and setting the kitchen on fire a number of times. Zinnia’s father had enough and bought them a house to live in far away from Lucky Palms, he moved them to Starlight Shores. Since Zinnia likes being in the limelight, he thought Starlight Shores would fit them well. With them gone, he can now repair the house …again. 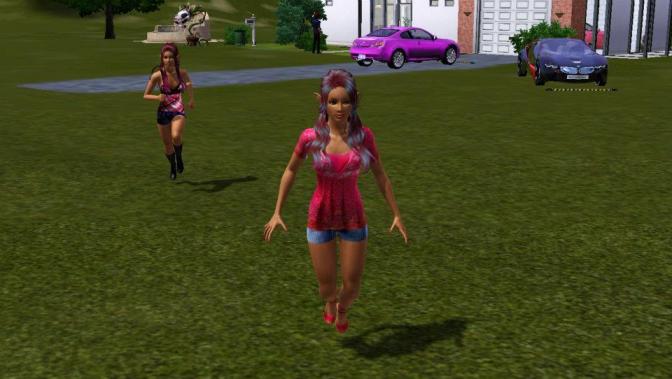 It’s time for the girls to venture out.

Rosette: Why does get to float while I have to run! This sucks! I’m her clone and I can’t even float like some weirdo!

They were boo’ed off stage and booted out of the bar. The people had enough of terrible singing. Rosette: Well fuck, Zinnia! You were just so pitchy! Zinnia: Like hell I wasn’t! You were pitchy and flashing your vag didn’t help us either! 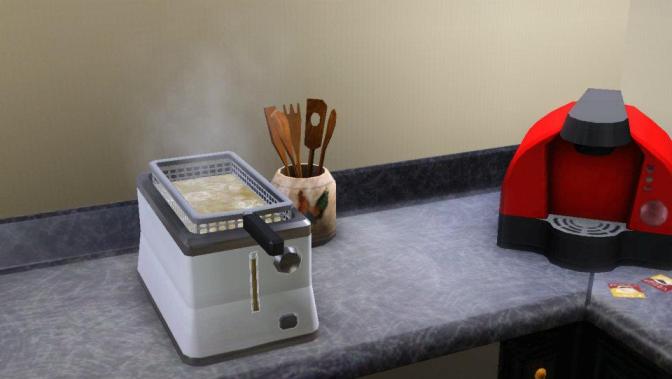 That has been cooking for a long time… I’m surprised that it hasn’t caught on fire yet.

This guy is helpless… It appears that the green smoke doesn’t alert him that the ice cream is no good. But Max must have his maple bacon ice cream *Sigh*

Wow… this house smells like ass! I must my magic genie powers to clean this place up!

Hey! It worked! Time for some victory dancing!

I have no idea why I’m dancing in the kitchen! Max: While you’re in there, fix me a sandwich! Oh fuck you, Max!

Zinnia plays with the cow plant outside… Not sure why I let her have one. Oh well.

Zinnia felt the need to show off her genie powers for whatever reason. Rosette: “Ooh! pretty sparkly things!”

Zinnia: Boo, why are you wearing blush?

Max: Cause but why aren’t you wearing blush?

I don’t understand your question so kiss me you fool!

So is this the part where we fuck and magically, hearts and rose petals appear? Yup.

M: Right it’s like throwing a hot dog down a hallway.

Z: Hey asshole! Not my fault that you have a tiny dick! Why did I marry you!

I don’t know what’s going on with me but I have this burning desire to fuck that guy. I…MUST….. HAVE. MUST.

I’m gonna throw this cow plant at him!

And like that crazy bitch throws a cow plant at me! Who does that?!

Guy: Why did you throw a cow plant at me…. twice?!

Guy: Anyways, you should give me some money.

Rosette: I’m not giving you any money asshole!

Guy: Give me something then. You threw cow plants at me.

Rosette: Come to my home for sex.

Guy: That would work.

Guy: Just so you know, I have a girlfriend. So don’t come stalking my house after we fuck. My girlfriend carries a machine gun and isn’t afraid to use it.

Rosette: Hey guy that I just met! Come join me in my bed!

Guy: I’m already in your bed.

Rosette: Oh. Are you some kind of ninja?

Girl I’m about to put it on ya!

Yeah yeah yeah! I’m just so sexy! So so so sexy!